Van Marwijk: Stekelenburg is our hero of the day Bert Van Marwijk has praised his goalkeeper for “pulling them through” to the quarter finals as they emerged victorious in Durban.
The Oranje eventually ran out 2-1 winners against Slovakia, but required a number of fine second-half saves from goalkeeper Maarten Stekelenburg to make sure of the win.
Van Marwijk’s side took an early lead, when fit-again winger Arjen Robben found the target with just 18 minutes gone, but they were made to endure a nervy spell until Wesley Sneijder netted a second with just six minutes to go.
Slovakia’s Robert Vitteck managed a late consolation from the spot, his fifth of the tournament, with the final action of the match, but Van Marwijk was keen to thank his heroic ‘keeper.
“I think we should have put the match to bed much sooner,” he said after the final whistle. “We got several chances to net a second goal after the break, but we failed to double our lead. Slovakia then took over the initiative and Stekelenburg pulled us through on a number of occasions.
The 58-year-old also played down the significance of striker Robin Van Persie’s reaction when he was substituted towards the finish.
“Robin was a bit disappointed that I replaced him,” he explained. “That’s why he reacted like that. I don’t blame him for his reaction though and I’m absolutely not angry”.
Goalscorer Robben was understandably delighted to have hit the target after missing the group stages with a hamstring injury.
“Of course, it’s really nice to play like this in my first start after my injury,” he said. “You never know how things will go, but I am very satisfied with the way I’ve played overall. It was a pretty difficult match for us. However, nobody will remember how we won this game. The only thing that counts is that we’ve won the match and that we progress to the next round.

“We have yet to show our real class. I guess we all expect to lock horns with Brazil in the quarter-finals.

“We have to improve if we are to record a good result against them.

“We have yet to play at our best and we’re hopeful that we’ll be in better form against Brazil or Chile.” 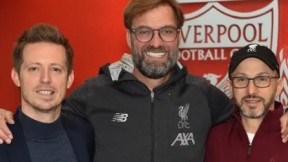 With Football Betting at an All-Time High, Here’s The Greatest Sites to Choose for a Punt