John Terry’s future as England captain will be determined by the players who are ready to stand against him for having a relationship with the estranged partner of international team-mate Wayne Bridge.  Terry could even miss the World Cup if Fabio Capello decides that his presence seriously destabilizes the squad and jeopardizes their chances of success in South Africa.  England manager Fabio Capello said : “If Wayne Bridge does not want to play with him and the other players are upset, the issue is not the captaincy,’ said the insider. ‘It is about his presence – and if his presence is a problem he will have to be dropped as a player. Not as skipper.” 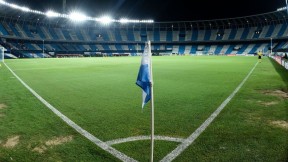 One of UEFA’s missions is to encourage new players to take up sports. Through various initiatives, it will invest 44 million euros, over the next four years. This money is given to national associations that are part of the UEFA so that they can provide an enjoyable and safe environment to players of all ages,…
Sheffield United 1-1 Fulham – Sharp penalty cancels out Lookman opener

Billy Sharp scored a late penalty to earn Sheffield United their first point of the season in the Premier League. The home side will argue they deserved the point, the visitors will be adamant they should have taken all three. Sheffield United boss Chris Wilder: "I thought we were good in the first half. Second half they…
Bayern Munich overcame Paris St-Germain in Champions League final

In a recent interview with Sky Sports as part of their ‘At home with’ series, Watkins himself admitted that he didn’t have the easiest journey, putting the challenges down to lack of hard work. “Coming through as a young lad, I felt like I was a first-team player even though I wasn’t and I think a lot of young lads…

Symptoms That You Should Stop Playing Slots

One Week Down: A Relook at the Champions League Favourites

Skill-Based Slots: The New Buzzword in the Gambling World