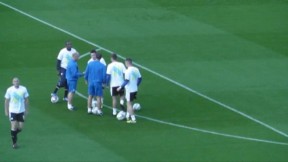 In England Championship division, not only the promotion bid that attract many attention, but there’s also an interesting duel at the wrong side of the table.

Among the relegation contenders, Sheffield Wednesday would be the one picking up many headlines as despite already suffering their seventh game in a row last weekend, boss Dave Jones is still confident with his stay at the club.

Wednesday is currently sitting second from bottom, picking up only 15 points from 21 matches. Meanwhile, a much more positive run made by Ipswich Town, who started to run away from the danger zone after their latest win on the weekend.