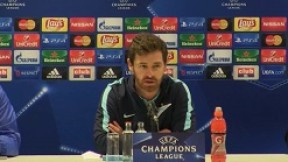 Zenit Saint Petersburg have already secured their place in the next round of Champions League as group winner, but there’s some disappointment left for their head coach, Andre Villas-Boas.

The Portuguese’s tactician was left in rage with the officiating during his team’s final group game against Gent which saw Zenit losing 2-1.

It’s not the defeat that brought rage for AVB, but it’s the referee’s decision to book some of his important players, which could prove costly for them.

Villas-Boas even went on to call the refereeing in that match a disgrace since the official are giving away cards too casually.