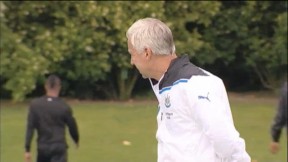 Europa League drawing have been made for the 32 along with last 16 round and some tough opponents apparently awaits for English teams in their path on trying to win the tournament.

Tottenham Hotspurs will meet Lyon in the early knock out stage and should they go through the winner from CFR Cluj against Inter Milan already waiting. Meanwhile, Liverpool also face a difficult task as they meet Russian side, Zenit St Petersburg in the next round.

A slightly ‘lighter’ draw arrived for Newcastle and Chelsea as the former are being set up against Metalist Kharkiv while the later challenge Sparta Prague.