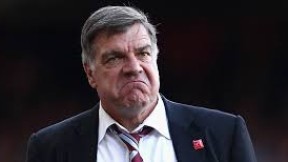 Following the departure of Roy Hodgson, who resigned after England’s exit in Euro 2016 second round, Three Lion’s FA have finally found a replacement by appointing Sam Allardyce.

The Football Association confirmed that news via their official website, which eventually resulted in Allardyce leaving Sunderland to guide England on their upcoming World Cup 2018 qualifier.

Allardyce earned the job after beating another candidate, Steve Bruce, who was also interviewed by the FA as part of required selection.

The former West Ham United boss himself is very delighted with FA’s decision, stating that his honored to get the job while promising in giving his best for Three Lions’ success.

Further rumors claiming that the FA’s initial target was current Arsenal boss, Arsene Wenger, but he apparently turned down the idea, triggering the Federation to make an alternative selection.