Dortmund Not Concern Over Hummels Future 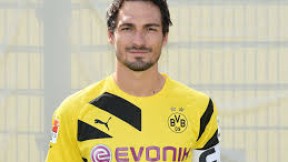 Acknowledging that situation, Hummels’ current club, Borussia Dortmund admitted that their star defender is currently mulling over his future, but according to the team’s CEO, Hans-Joachim Watzke, they are not concern at all with it.

Watzke revealed to the media that up till now, his side haven’t received any kind of offer for their captain, so there’s no reason for them to be worried at all.

Watzke confirmed that he recently had a meeting with Hummels regarding the defender’s future, but since nothing is concrete and the player himself is still under contract until 2017, Dortmund are calm with everything.

Although Hummels previously vowed his loyalty to the club, but with their current poor results in Bundesliga, there’s a huge chance that the German international finally decide that it’s time to move on.