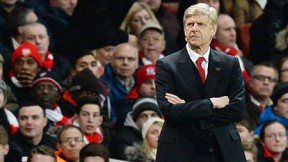 An exciting battle set to occur at Emirates stadium this weekend when home team, Arsenal host their city rival, Tottenham Hotspur as both teams got themselves involved in the renown London Derby.

Having a positive record against Spurs during his reign, Gunners’ manager, Arsene Wenger admitted that history can help his side in becoming more confident ahead of that tie.

However, the Frenchman also added that historical record won’t mean much if Arsenal players failed to put on their best performance in that game, so playing well remains a key factor in grabbing all three points.

Meanwhile, Spurs’ boss, Mauricio Pochettino, also acknowledge the importance of that upcoming tie as playing in a Derby means a lot not just for the Lilywhites but also their loyal fans.