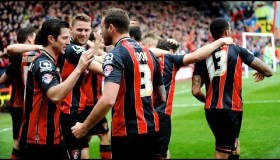 Derby County found themselves slipping from the top three seat of English Championship standing as they were beaten by Wolverhampton Wanderers last weekend.

Playing away from home, Derby tried to take hold of that tie, but was finding difficulties as Wolves were putting a solid performance.

After a goalless first 45 minutes, it was Wolverhampton that found themselves in front when Nouha Dicko scored on 48 minutes.

The home side finally sealed all three points on that tie thanks to an own goal from Lee Grant on 69 minutes.