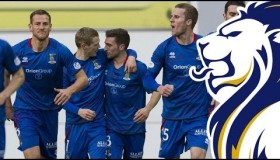 Inverness keeping their runners up seat in current Scottish Premier League after grabbing an important away victory over Hibernian this weekend. The away side looking positive since kick off as they put on an attacking effort since early minutes which earned a pretty immediately result as they went one goal up after just 14 minutes of pay with an effort from Nick Ross who converted from the spot kick.

The visitor keeping their attacking display on course as they continuing their aggressive effort, leading into a second goal scored by Billy McKay on 18 minutes. That second goal turned out to be the last one on that encounter as neither sides managed to score again from that moment on, leaving Inverness with all three points as they continue their challenge for top two seat in SPL.