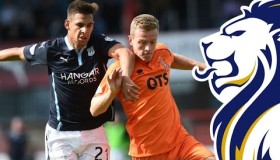 Newly promoted side Dundee FC picked up a quite positive result on their return to the Scottish Premier League after holding Kilmarnock into a 1-1 draw this past weekend.

Playing in front of their home crowd, Dundee were keen on making an impression and things were looking bright for them when Gary Harkins puts them in front after 17 minutes.

However, Kilmarnock refused to give up easily as they pushed hard in getting back into that tie and it didn't take them long before doing so with Craig Slater equalizing on 24 minutes.

Despite both teams' efforts in getting more goals after the break, none of them managed to do so as that tie ended in a 1-1 draw.