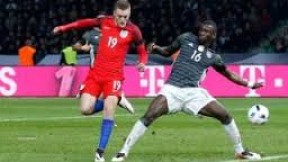 The English Premier League might be taking a short break this  upcoming weeks, but exciting football won’t stop as even this midweek there’s an exciting international football encounter between England against Germany.

Although it’s just an international friendly game, but it still is an exciting battle, notably for Three Lions squad as they are keen on rebuilding their profile again after recent disappointment in major tournaments.

Aside from regular sports lovers, this tie should also attract betting lovers who normally put money on EPL, though to know more about England squad they should check out some sites and acquire top premier league facts which can give more needed knowledge.

There’s several sites nowadays that can provide many insights ahead of any games, so bet lovers can make the right choice for themselves and won’t feel that they’re just going to be losing easy money.

Getting back into the tie, acting as host, Germany will certainly keen on getting a win as that can give plenty of joy and entertainment for their fans.

However, just like many international football, some absentees are always expected and for the upcoming encounter Joachim Low’s side will be without Manuel Neuer and Marco Reus.

Still, there’s plenty quality in that squad with Toni Kroos, Sami Khedira, Jerome Boateng, not to mention some new talents such as Leroy Sane or Timo Werner.

Meanwhile, England themselves won’t be able to field their star striker, Harry Kane, who picked up an injury while playing for his club Tottenham Hotspur not long ago.

Having majority of young players, Three Lions might be lacking a bit of experience when facing a superior squad such as Germany, but Southgate squad won’t have too much burden or fear on their shoulder.

The tie can definitely be an exciting entertainment for football lovers as they will be witnessing two sides that are keen on playing attacking football and pushing for nothing but victory.

Checking out on the latest odds, bookies are strongly favoring Low’s men to grab a victory at home with the probabilities for it being placed at 1.727.

As for Three Lions’ shot in winning, their odds are being set at 5.00, much lower compared to a potential draw result which is placed at 3.75. 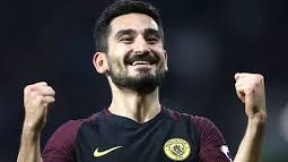 German international Ilkay Gündogan believes there is a role in coaching when he retires from playing. The Manchester City midfielder talked with the Turkish football channel, Futbolarena, about his time during the quarantine phase of the Covid-19 crisis as well as his move to Manchester City, his time in the Premier League and his plans…
Champions League to Complete Final Stages in August

During the early stages of the Covid-19 pandemic, a finish to the 2019/20 Champions League looked to be a long shot to happen. We saw Liverpool lift the title last season, and a new name will be on the trophy this season. However, the situation has improved, domestic football has returned, and we now have…
UEFA Champions League Betting Strategy

Undoubtedly the Champions League is the leading continental competition in Europe, as it can only be compared with the World Cup and the Euro Championship in glamor. The top European teams are taking part in the Champions League draw every year much to the delight of football fans across the globe. Many punters enjoying betting…
Top Earning Portuguese Footballers

What is the motivation for the football players to become better and better with years? Do you believe that their success is driven by the adrenaline and passion for the game? No doubt, being a top-earning player is an essential factor that pushes football masters to use their abilities to the full extent. The financial…
Dortmund Targeting Another Win as They Battle Wolfsburg in Bundesliga

After a pretty successful restart to the Germany Bundesliga this past weekend, things will get even more exciting next week for the next round of matchups. One of the match that will excite many fans of the sport and league is the battle between Borussia Dortmund against Wolfsburg at Volkswagen Arena on Saturday, May 23rd…