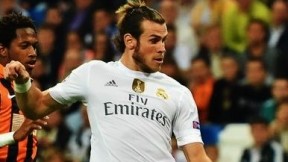 There are reports that Gareth Bale, Welsh wizard footballer, currently with Spain’s Real Madrid, may be about to jump ship. According to the soccer pundits at Sportingbet, Manchester United are said to be in the running for offering close to the £86 million that Bale was sold for by Tottenham Hotspur back in 2013.

From Real Madrid’s Zinedine Zidane’s point of view, the Welshman is just too injury prone. With the injury record to date that Bale has endured, he is not expected to be able to contribute to Real’s next season for more than about 33% of the rest of this season.

Bale’s latest injury to his left calf meant that he had to sit out Wales’ last two World Cup qualifiers one against Georgia, the other against the Republic of Northern Ireland, resulting in Wales being turfed-out of qualifying.

The end-result is that Real Madrid are now thought to be considering letting Bale go. The problem is, of course, their investment. When they bought him back in 2013 for £86 million, it was at that time a new record transfer fee. With him now approaching the end of his career, the attraction of the 28-year-old, who is now also considered to be injury prone, is drastically reduced.

However, as mentioned earlier, Sportingbet believe that Manchester United have been approached and that they have been told they can have Bale for £89 million, a figure well within United’s deep pockets. So is it possible that a move back to the English Premier League could be on the cards?

The move, if indeed it does happen, may not sit well with Gareth who is reported to be quite content to stay with Real Madrid. The problem is that the decision could very well be out of his control. It’s not just the long string of injuries that is against him. Messrs Zidane and Perez are also said to be in happy about Bales continued keen interest in playing golf in his leisure time. Apparently, this contributes to another of his injury problems – his back.

Although Bale has only made ten appearances this season, he has racked up three goals, one of which, a spectacular volley in the cup game against Borussia Dortmund. However, typical of his recent bad luck with injuries, he limped off the pitch immediately afterwards, much to the supporters’ chagrin.

Real Madrid march on in the Champions League thanks in part to the goal that Gareth Bale contributed and they are now favourites for winning the completion.

Jose Mourinho is a big fan of Gareth Bale

Manchester United were supposedly interested in acquiring Gareth Bale last summer; however, Bales decided then that he preferred to stay in Spain. Jose Mourinho, Manchester United’s manager, is known to be a big fan of the Welshman and it has been an ambition of his to bring Bale into the fold since he became manager.

If the price is right

However, it will be a tough decision for Mourinho to make if Bale does become available as he likes to work his players hard and expects them to play regularly; something that Bale’s injury record doesn’t uphold. But, if the price is right – who knows? 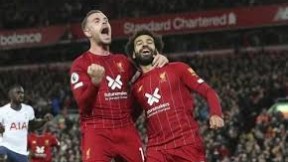 Another game, another win for Jurgen Klopp's Liverpool. But even compared to their other 20 victories in the Premier League this season, this one - against arch-rivals Manchester United - will have felt extra special. After a thrilling contest, Mohammed Salah latched on to Allison's huge launch upfield, muscled Daniel James off the ball and…
Guide to Improving Your Chances of Winning Betting on Sports

Top Tips to Improve Your Chances of Winning Sports Bets Betting is a game that many people mistaken for a get rich quick fix. That is why, in as much as some bettors are immensely successful, others keep losing. Betting requires discipline, knowledge of math, and consistency. Here are the tips to increase your chances…
Gambling Addiction

Important Information About Gambling Problem Gambling addiction is not a new concept for many. This guide seeks to make you more knowledgeable about the whole menace: Gambling Addiction Gambling addiction is an impulse control disorder where you cannot avoid gambling even when it is disastrous to you and those around you. As an addict, your…
Sports Betting Trends and Expectations in 2020 and Beyond

Top 10 Betting Sites The number of online sports betting sites has been on the increase for some time. With several new entrants, settling on the best has become tougher than ever. To make it easier for you, here is a list of the top betting sites in the UK. Bet365 If you are looking…